Taxing Profit in a Global Economy

A Report of the Oxford International Tax Group 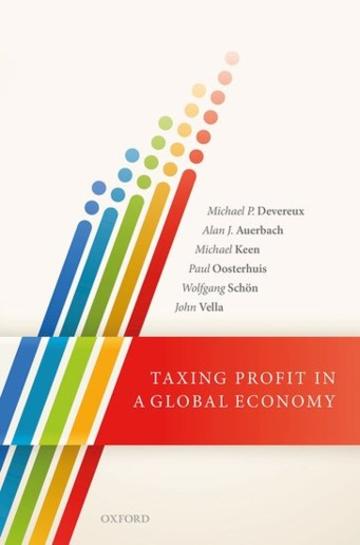 Taxing Profit in a Global Economy is also available to purchase in paperback, hardcover, or as an ebook.

Order online at www.oup.com/academic with promotion code ALAUTHC4 to save 30%

Find out more about the Oxford International Tax Group

This book undertakes a fundamental review of the existing international system of taxing business profit. It steps back from the current political debates on how to combat profit shifting and how taxing rights over the profits of the digitalized economy should be allocated. Instead, it starts from first principles to ask how we should evaluate a tax on business profit—and whether there is any good rationale for such a tax in the first place. It then goes on to evaluate the existing system and a number of alternatives that have been proposed. It argues that the existing system is fundamentally flawed, and that there is a need for radical reform. The key conclusion from the analysis is that there would be significant gains from a reform that moved the system towards taxing profit in the country in which a business made its sales to third parties. That conclusion informs two proposals that are put forward in detail and evaluated: the Residual Profit Allocation by Income (RPAI) and the Destination-based Cash Flow Tax (DBCFT). The book is authored by group of economists and lawyers—the Oxford International Tax Group, chaired by Michael P. Devereux. It draws insights from both economics and law—including economic theory, empirical evidence on the impact of taxes, and an examination of practical issues of implementation—to assess the existing system and to consider fundamental reforms. This book will be useful to tax policy makers, tax professionals, academics, and anyone interested in tax policy.

The group is grateful for financial support from the Nuffield Foundation, the Burch Center and the Max Planck Institute.